Whether building or renovating a home, homeowners continue to show interest in establishing a “man cave,” creating a place of refuge and relaxation for the man of the house. Experts point out that man caves are as individual as the men who inhabit them.

“More than just a spare room, today’s man caves are built around themes and are a place to showcase a man’s hobbies and interests,” says Stansell Dye of Ferguson. “From a haven for his favorite sports team to the ultimate in home theater entertainment, a man wants a space that is particularly his.”

Richard Friersen of Absolute AV Consulting notes, “There are as many styles as there are people with homes; from an underground grotto to a sleek, modern industrial feel and all points between.” The goal is to create a space that is personal and both a refuge for relaxation and a multi-purpose hang-out for fun.

Designed for a guy to do guy things or a space to share occasionally with his family, there are some features of a man cave that don’t go out of style—space for gaming and entertainment, as well as separated from the rest of the house for privacy.

Bohnne Jones of Decorating Den Interiors says, “A man cave needs to provide privacy and generally incorporates a television. The necessity to incorporate technology and/or access to technology is increasing as our desire for these devices increases.

Friersen notes that whether a man cave is a new build or a renovation, “great attention needs to be paid to wall layout to optimize sound, sightlines, and accommodating equipment rack locations. Involving the electronic integrator early in the design process is key to a fantastic experience when the project is completed.” 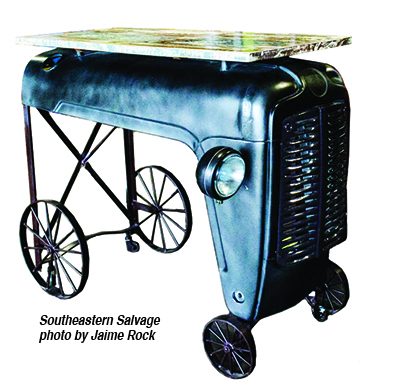 While technology is important, things such as room automation, including lighting control, shading control, and the ability to control all these things via asmart phone or tablet are becoming essential. 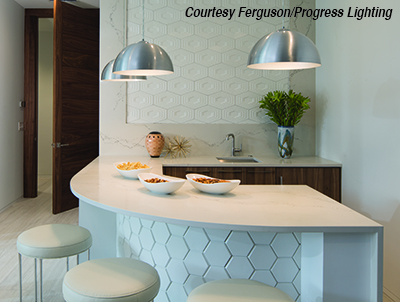 Dye says, “Layered lighting is important in such a space. When planning a lighting layout, we recommend a method called “TADA” lighting: task, accent, decorative, and ambient lighting. This combination of light layers allows proper illumination for many different events that take place in a man cave. Man caves are comfortable areas for relaxing and conversation. The room should be illuminated with a combination of ambient lighting and accent lighting. Accent lighting can create a dramatic effect by using down-lights to emphasize artwork, sculptures or a large plant.”

Teresa Zilinsky of Teresa Zilinsky Interior Designs says. “Men love their technology. Today they can have security, lights, television, draperies, and shades all linked to a phone app. They love theirlarge screen televisions set up for gaming and watching sports, and they also like a game table for playing poker or other card games.” Zilinsky adds that all these areas need adjustable lighting and suggests putting lighting on dimmer switches for easy control.

Bringing the outdoors and family into the mix, man caves are extending from the redesigned basement to outdoor spaces with televisions, outdoor kitchens, and a bar

Mike Sloan of Creative Sights ‘N’ Sounds points out, “The trend we have been seeing with our clients is that men want to bring their family and friends outdoors. Stone fireplaces with built-in outdoor LED TV’s, outdoor kitchens, pergolas, pavilions, and even TV’s that rise up on lifts from undercounter tops for that WOW factor are on the rise.”

Gary LaCivita of Family Leisure Nashville agrees. “It may be a ‘man’s cave,’ but usually it’s for the whole family to enjoy,” he says, adding that space for playing games with family and friends is important. LaCivita points out, “Many people want something we refer to as a ‘Gathering Table.’ These are multi-use with a nice wood top to use for dining and can be flipped over for board games, puzzles, or the occasional card game night.”

Hugh Cobb of Cobb Home Innovations has his own thoughts on the family-friendly man cave, “The whole family is part of the ‘Man Cave’ experience,” says Cobb. “This room is a gathering place for the family to spend time as a family. We are creating an experience with the room, much like a theme park creates an experience on its park rides. The room must be user-friendly, comfortable, and just plain fun for the whole family.” Whether inside or outside, or both,the space is becoming an inclusive space centered around the man who lives in it.

The “man cave” typically reflects what the man of the family desires for entertainment and relaxation without necessarily pleasing anyone but himself and his buddies. One of the most important features of the space is that the décor reflects the man and doesn’t reflect the same design as the rest of the home. For example, a personal bar and plenty of shelving for displaying collections and memorabilia are essential.

Kurt Schusterman of California Closets says, “There is no such thing as the wrong kind of man cave. If you are a connoisseur of filmsthe space may include storage cabinets to visibly display a DVD collection or if you’re a sports fan it might include space for exhibiting a collection of rare jerseys.”

Beyond technology, there are other trends popping up as part of this evolving space. Men are creating a personalized space wherever they can find it. While bigger, grander, and more elaborate may always be better, there is a growing trend for mini-man caves, a space as small as a walk-in closet with customized décor and personal touches. This means that even in a crowded, chaotic home, a man can carve out a little spot of his own.

For a take on a totally different approach, a man could buy a caboose. Not long ago, THE WILSON POST in Lebanon reported Thurman Mullins, a Murfreesboro native who now lives in Wilson County, purchased an old red L&N Caboose at a farm equipment auction and renovated it into his own personal space. His getaway on rails features a wood-burning stove, books, old records, old toys, military gear and railroad memorabilia. Thurman says, “It’s a den that’s not connected to the house. Most of the stuff I have in there are memories,” says Mullins.

Mullins’ wife Ann points out, “It turned into a really neat project,” though upon initially hearing the news that he had bought a caboose, she recommended he put it “behind the creek,” where no one would see it.

Joining mini-man caves and old train cars are bar sheds or backyard bars. Bar sheds are what they sound like, a bar created from a backyard shed. In the U.S. the bar shed (or brew shed) was born out of the rise in home brewing, but the idea sparked with gardeners in the U.K.  where garden allotments have sheds for storing gardening tools. People began enjoying a quick beer or cocktail in these sheds, and eventually mini happy hours began. Then the buildings evolving into bar sheds became a movement.

Like other man cave variations, these sheds are not just for storing yard tools or fertilizer, they are designed and decorated to carve out some relaxation in the daily chaos.

Whether a basement, closet, caboose, or shed, everyone wants a space they can call their own, and for men, the man cave is a symbol of masculine self-expression. Among the ways men can express their style isuse of a bar designed from an old vehicle or farm implement, such as those that can be found at Southeastern Salvage Home Emporium. Will Higgins of Southeastern Salvage says, “Masculine and chic not only strike a chord with men, but also with women.”

No matter the size, style, or décor, these spaces are a housing trend that isn’t losing any steam. Like its counterpart the She-Shed, the most important feature is thatthe space is designed specifically to the desires of its occupant. — Starshield Lortie

There are several sources for man caves in the Greater Nashville area including: