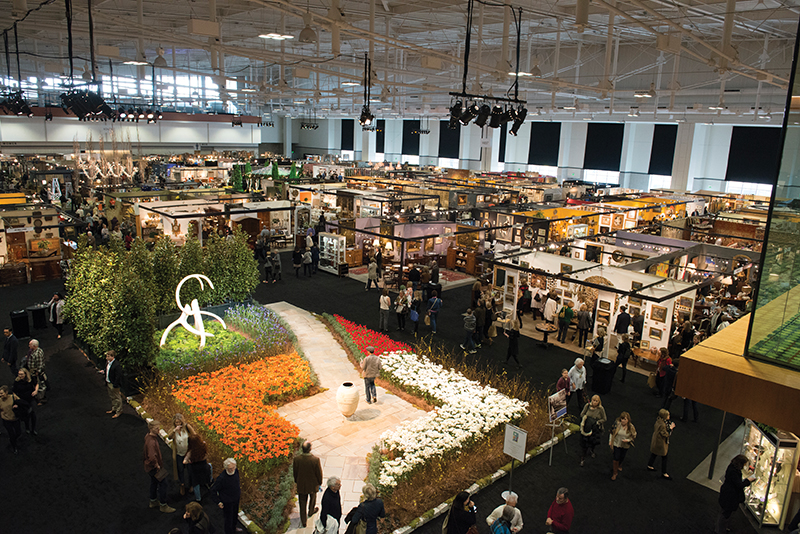 Celebrating its 28th year, the Antiques and Garden Show of Nashville will take place at the Music City Center February 2 – 4. This year’s headliner will be Charles, 9th Earl Spencer—brother of Diana, Princess of Wales, and godson of Her Majesty the Queen. 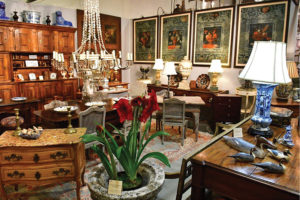 Every year the Antiques and Garden Show host more than 15,000 show attendees and over 150 fine antiques and horticultural dealers, making it the biggest show of its kind in the United States. Proceeds raised from the show benefit Cheekwood and the charities supported by the Economic Club of Nashville (ECON).

Earl Spencer will be speaking about what the theme of the show this year, “A Sense of Place,” means to him on Friday, February 2 at 11 a.m. The Earl formerly served as one of the Queen’s Pages of Honour, has written six books, worked as a reporter for NBC’s “Today Show,” and is the owner of Althorp Estate, which is the final resting place of Princess Diana,
“A Sense of Place is a good theme, and resonates with me in that Althorp is very much a testimony to 19 generations of one family’s sense of taste and sense of family continuity,” says Earl Spencer. “I am honored to be a part of this lovely event and share details of my efforts to conserve the treasure that is Althorp.” The Earl will be signing copies of his latest book, To Catch a King, following his lecture.

Additional notable speakers at the show include:
• Richard Keith Langham, seasoned decorator and author of upcoming book About Decorating
• Stacey Bewkes, founder, and writer of popular design blog Quintessence
• Susanna Salk, designer, stylist, and stager, as well as author of many best-selling design books, most recently, At Home with Dogs and Their Designers: Sharing a Stylish Life
• Timothy Corrigan, internationally renowned interior designer and author of An Invitation to Chateau du Grand-Lucé
• Lewis Miller, distinguished Master floral designer and author of Styling Nature: A Masterful Approach to Floral Arrangement
• Gil Schafer III, New York City-based architect and author of The Great American House and A Place to Call Home
• Rita Konig, international interior designer and talented columnist for British House and Garden
• Clinton Smith, Veranda editor in chief and author of Inspired By Color
“With experience in interior and floral design, traditional architecture, styling, and writing, this year’s speakers have such a fabulous combination of unique design knowledge and styles,” says Kim Holbrook, show co-chair. “We invite guests to come enjoy themselves among the array of antiques and beautiful botanical displays while learning from some of the U.S. and Europe’s top designers.”

This year, the show will celebrate Gil Schafer III of G. P. Schafer Architect, PLLC, as honorary chairman for the second year in a row. “In addition to his honorary chairman duties, Gil will be speaking with Rita Konig on ‘The Art of Collaboration: An Architect and Interior Decorator in Conversation,’” according to Robin Puryear, the show co-chair. “We are excited to have him incorporated into the show again this year, after years of having him serve on our national advisory board.”
Helmed by a team of more than 150 volunteers, the show is the perfect event destination for collectors, travelers, designers, gardeners, fans, families, and millennials alike. In addition to exhibiting the highest-quality antiques, landscaped gardens, and horticultural items from exhibitors across the country, show festivities will include items available for purchase, lectures, bites, drinks, music, and parties. Since its inception in 1990, the show has raised more than $7 million in support of Cheekwood and the charities of ECON.